CIHR Spring Project Grant: Submit your Data Access Support Hub (DASH) intake form by February 17, 2023 *at the latest* to ensure we can provide what you require prior to the grant deadline.

Health Data Research Network Canada (HDRN Canada) is committed to including members of the public in decisions about health data through its Public Advisory Council (PAC). Currently, the PAC is comprised of 12 members with diverse experiences related to geography, age, gender identity, occupation, language, culture, ethnicity and other characteristics.

The purpose of the PAC is: 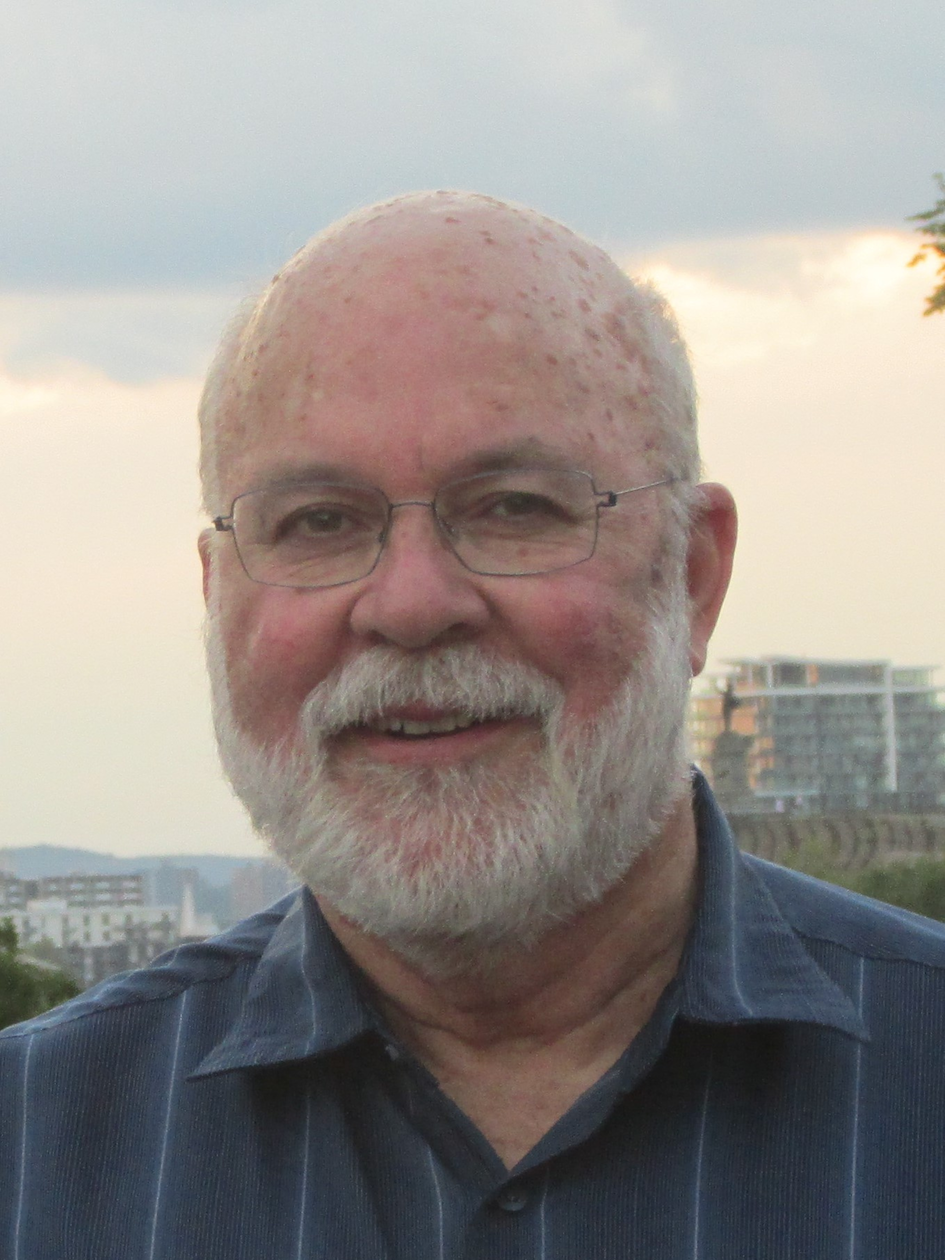 I have been involved with HDRN Canada since 2018 when I helped prepare the application for the CIHR grant for the SPOR Canadian Data Platform. I chaired the interim Public Advisory Council and am a member of the HDRN Executive and the Public Engagement Working Group. My first volunteer experience in health care was as a member of the Family Advisory Committee to SickKids Hospital in 1995.I later chaired the Committee. For six years I was a public member of the Canadian Drug Expert Committee at the Canadian Agency for Drugs and Technologies in Health (CADTH) and recently became a patient member of the Advisory Committee for the Post-Market Drug Evaluation Program at CADTH. From 2016 to 2021 I directed the Citizen Engagement Program of the CHILD-BRIGHT SPOR Network, which focuses on research to improve the lives of children and youth with brain-based developmental disabilities. In 2017 I was named best patient reviewer for the BMJ and have published articles in Healthy Debate, Paediatrics and Child Health, and the BMJ. For nearly 30 years I taught English at Centennial College in Toronto. 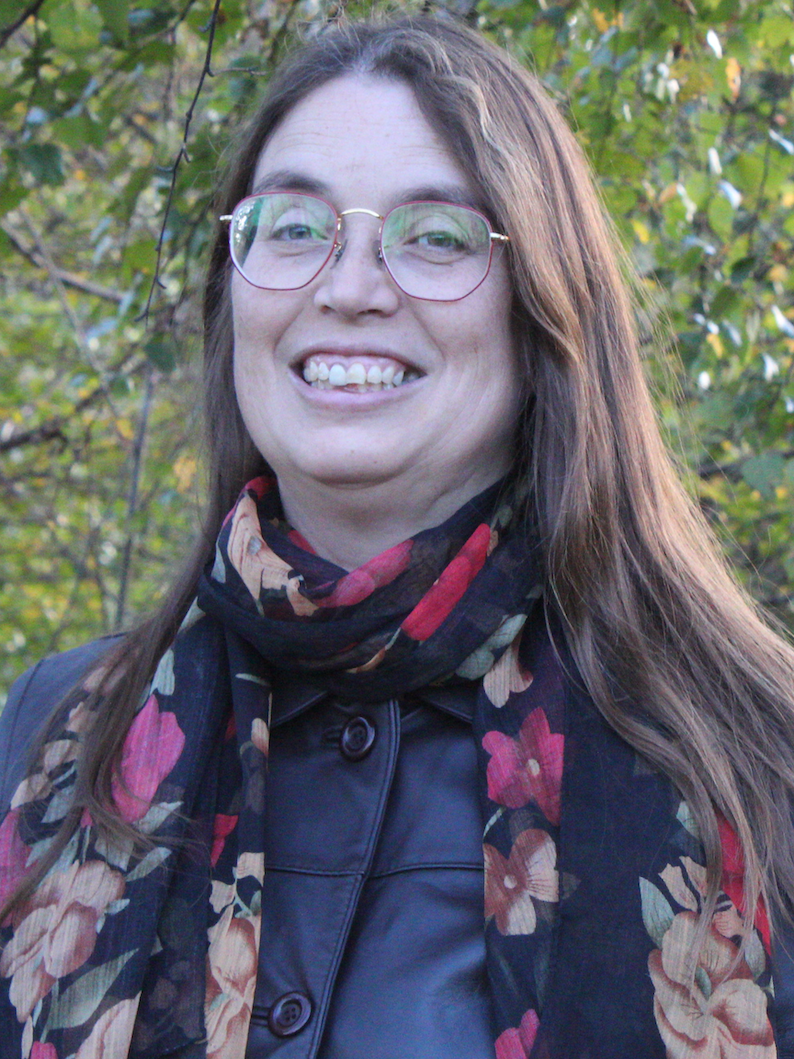 I was introduced to the concept of patient engagement in 2020 and knew that I was in the right place.  As someone with a basic science background who became a full-time caregiver in 2006, I wanted to contribute to research in a way that was meaningful and impactful, using the knowledge I gained as a parent navigating the health and education systems with my children. From 2017 to 2022, I was a member of a local district advisory council for education, which gave me an understanding of the importance of data to inform policy and practice. I am currently partnering on several projects related to COVID-19 and others that involve sharing or developing materials for patient engagement. I have been a member of the HDRN Canada Public Advisory Council since September 2022 and I am excited to be part of the process of using data to improve health and to educate the public about health data. I live in Prince Edward Island with my partner and six children. 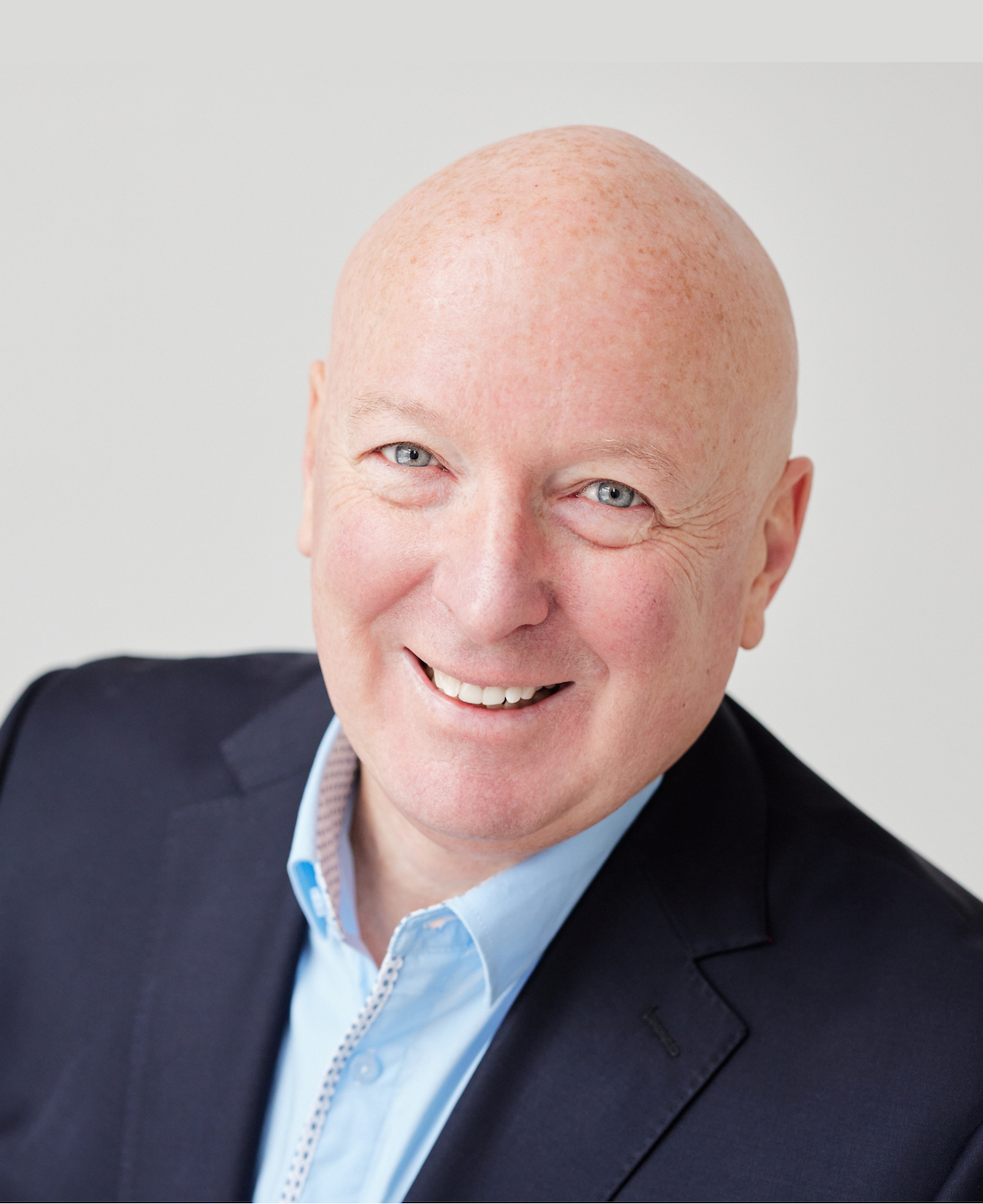 I have worked and volunteered in the charitable sector with a drive for excellence and inclusion that engages others in the pursuit of being better for the world. My experience comes from working in the areas of international development, homelessness and housing, community corrections, health and social services. Professionally, I am the CEO for Eden Care Communities, one of Saskatchewan’s largest charities and my charitable governance experience has been gained by serving on many boards.  Currently, I serve on the board for the Kids Brain Health Network, the Kids Brain Health Foundation, am Vice Chair for the Jane Goodall Institute of Canada, and am a volunteer not-for-profit coach with the JDC West business school competition at the University of Regina.  I hold a master’s degree in Leadership, am a Certified Fundraising Executive and have completed the Institute of Corporate Directors Not-for-Profit Governance Essentials Program. I have an unshakeable belief that tomorrow will be better than today. 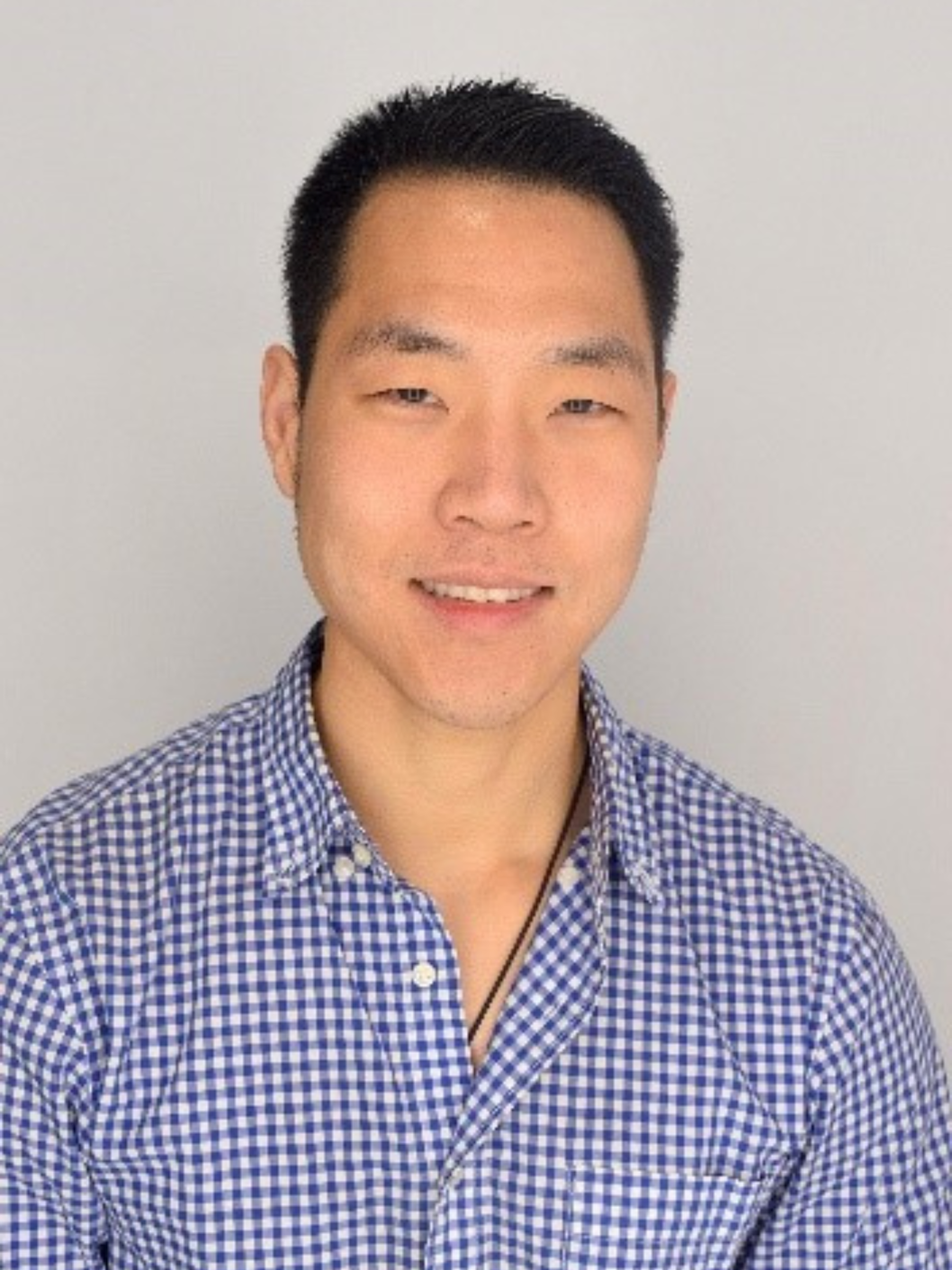 I was made aware of HDRN Canada early 2020 through the Maritime SPOR Support unit. I began volunteering as a patient partner in 2020 to act as an advocate to improve patient input in research. When learning about the Health Data Research Network Public Advisory Council I was ecstatic at the opportunity to be involved. In my professional life I am a resident physiotherapist in Nova Scotia and a Graduate of the Doctor of Physiotherapy Program from Melbourne University in Australia. Since graduation in 2015, I’ve had the pleasure of working in Australia and Canada, and as a result of my clinical experiences, I have developed a deep appreciation for health data to not only inform clinical practice but also act as a driver to improve community and public health outcomes. I am grateful for this opportunity to act on this council and I am incredibly excited to be involved in these efforts to help improve health outcomes in Canada and further my knowledge about health data. 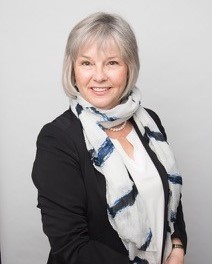 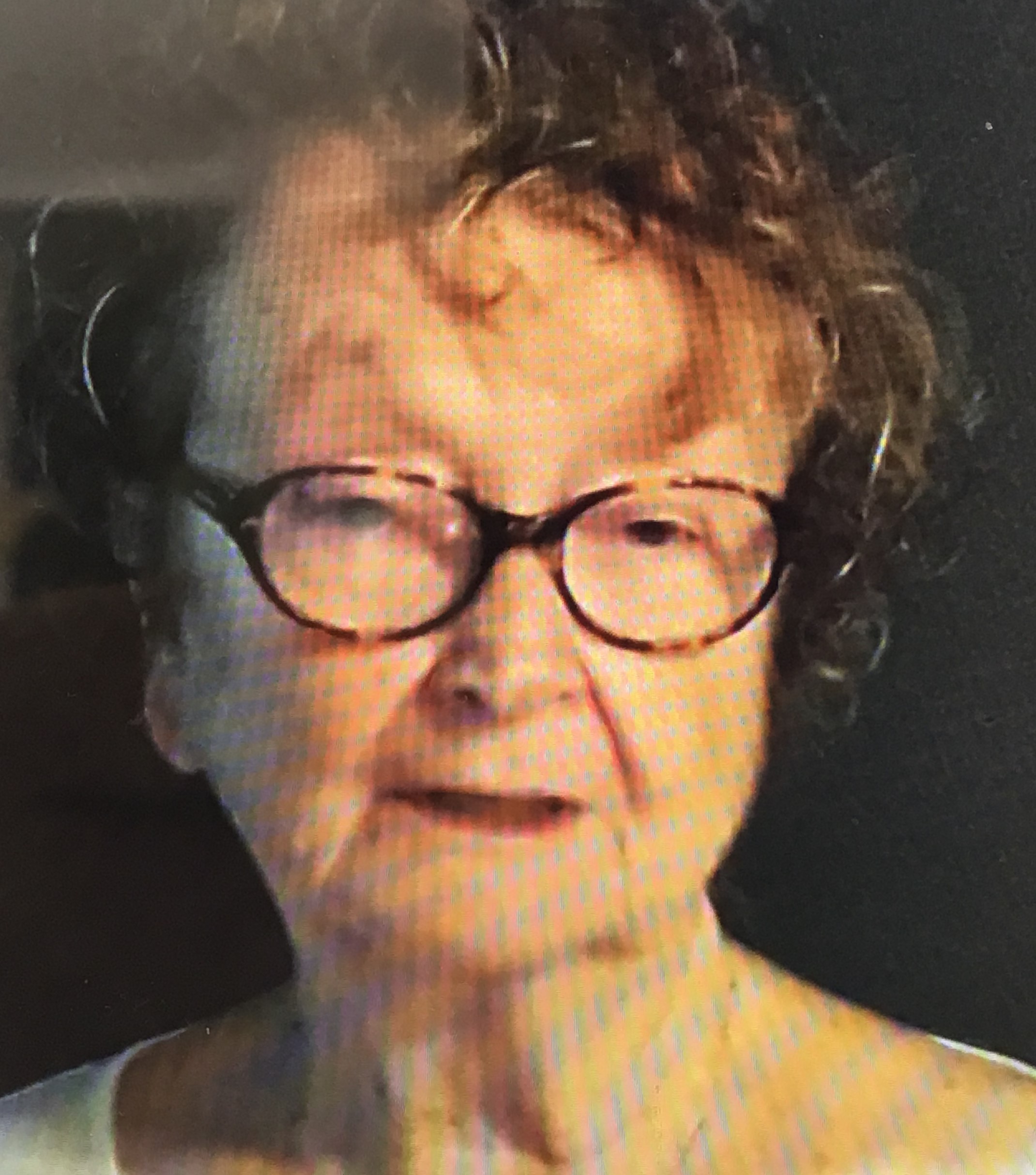 I first came to Quebec in 1956. I studied in Trois-Rivières and Montreal. I went on to work at Université du Québec à Montréal (UQAM) for 23 years. My first job was as a technician working on the automation of the library’s acquisitions department. I then worked in the IT department, during which time I also lectured at UQAM’s school of management sciences. In the course of my career, I also volunteered in a number of activities held by various organizations. Since retiring, I have helped out in a daycare centre and a children's hospital. I have taught seniors, and for about three years I hosted a kitchen for people living in a residential setting. The activity was called Cuisinons entre aînés (cooking with seniors) and led me to sit on the board of the Groupe Promo-Santé Laval (GPLS), a health promotion non-profit in Laval. I am also a member of DAC Canada. 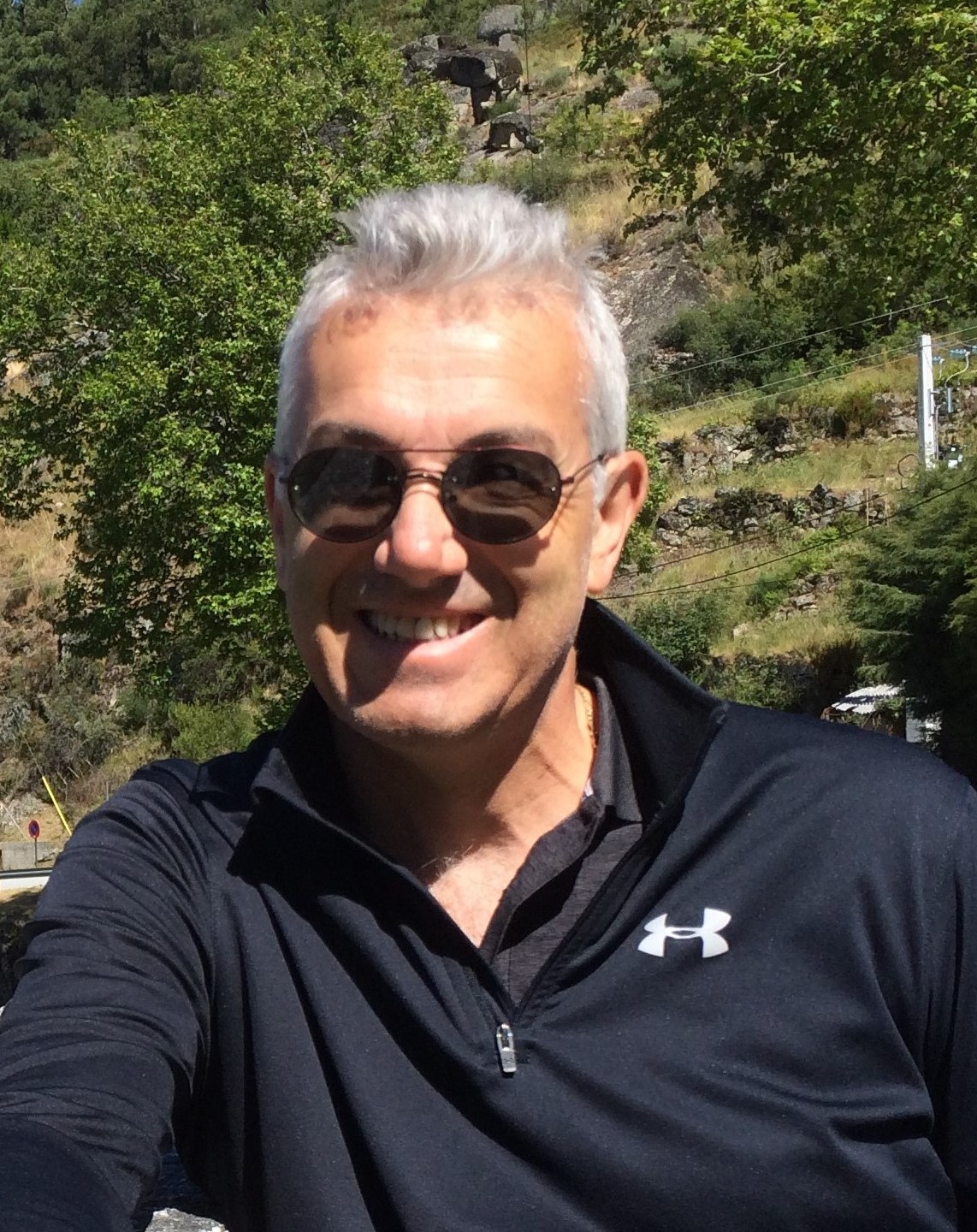 In 2015, I had my first contact with the world of health research: first as a participant in a research project; then in 2017 as a committee member aiming at promoting and involving patients as research partners. I am particularly interested and passionate about all measures, ideas and projects leading to a participatory and dynamic integration of patients in research. I am currently the chair of the Comité stratégique patient-partenaire du Centre de recherche du centre hospitalier universitaire de Sherbrooke (CRCHUS), a member of the Communauté de pratique des patients et citoyens partenaires de la recherche en santé au Québec (CPPCP-RSQ) de l’Unité de soutien SRAP du Québec, and part of two research projects with Diabetes Action Canada. I recently became interested in the issue of managing citizens' digital health data. Before retiring in 2019, I was a computer engineer specializing in geomatics. 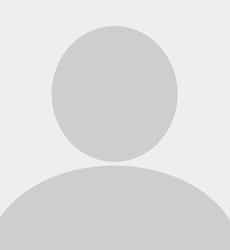 Hani A. Al-Ubeady has extensive experience working with diverse populations in Manitoba and has served the settlement and integration sector for over 20 years. He is co-founder of the Ethno-cultural Council of Manitoba-Stronger Together as well as co-founder of the Community Engaged Research on Immigration Network (CERI Network). Hani pioneered and directed the first comprehensive Indigenous Orientation Tool Kit project for the settlement sector in Manitoba and beyond. He is a Certified Canadian Counsellor and marriage and family therapist as well as a regulated Immigration Consultant. Hani’s current work as a Cross Cultural Mental Health Specialist with Winnipeg Regional Health is to facilitate connections and bridge the formal mental health system with the ethnically-diverse newcomer population in Winnipeg. Hani completed degrees in the areas of political science, religion and culture, Immigration consultancy, and marriage and family therapy. His goal, as a family therapist, is to change the world “one family at a time” 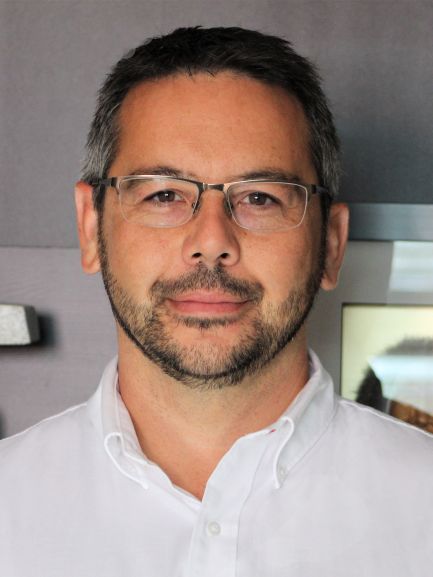 Jason’s heritage is Inuk (Inuit) and Acadian. He was born and raised on the Eastern Canadian coastline of Goose Bay, Labrador. He has dedicated his professional life to intensive and focused efforts dedicated to the empowerment of urban Inuit. He is a passionate and proud father of two children. Jason’s life has represented a mix of the traditions and modern for Inuit in urban Canada. Growing up, Jason embraced Inuit traditions like hunting and fishing in his homelands, while attending school and later Acadia University. Jason began his career with Tungasuvvingat Inuit (TI) in 1999 and under his leadership, TI grew as a leader in urban Inuit community matters and advocacy at a national level. This facilitated many successes for the betterment of Inuit including broad enhancement of services and programming supporting economic development, housing and homelessness, gender equality, Anti-racism, cultural services, trauma informed care, food security, research, policy development, and many other critical issues that urban Inuit contend with. Since departing TI, Jason founded and works as a consultant for Big Bay Consulting offering executive level services drawing on his experiences and knowledge to meet the needs of his clients. 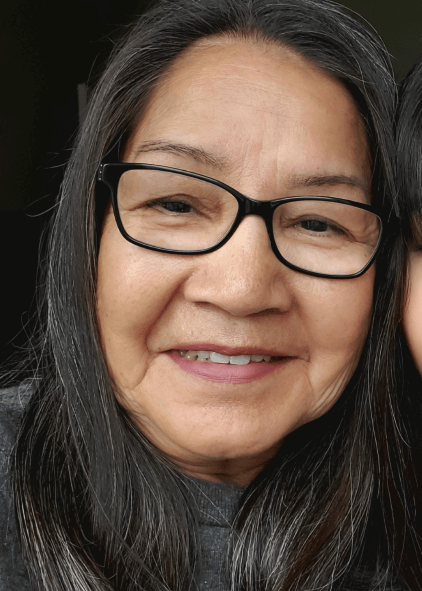 Lucille Duncan is Indigenous Carrier from Binche Whut’en in Northern Interior of BC. In 2005, she received her Social Work Diploma from the College of New Caledonia and furthered her education and received her Mental Health & Addiction certificate from University of Northern British Columbia. Since her graduation Lucille has been employed at Central Interior Native Health Society (CINHS) as the Indigenous Support Worker and now as an Elder Wellness Worker. In 2014 Lucille was elected to sit on Board of Education for Nechako Lakes for School District 91. Lucille served on the board for one term which allowed her to gain experience in developing and implementing policies in a collaborative team of educators and administration. Lucille is an elected board member of Pacific AIDS Network and also sits on the committee Advisory for research studies with EQUIP, University of British Columbia. 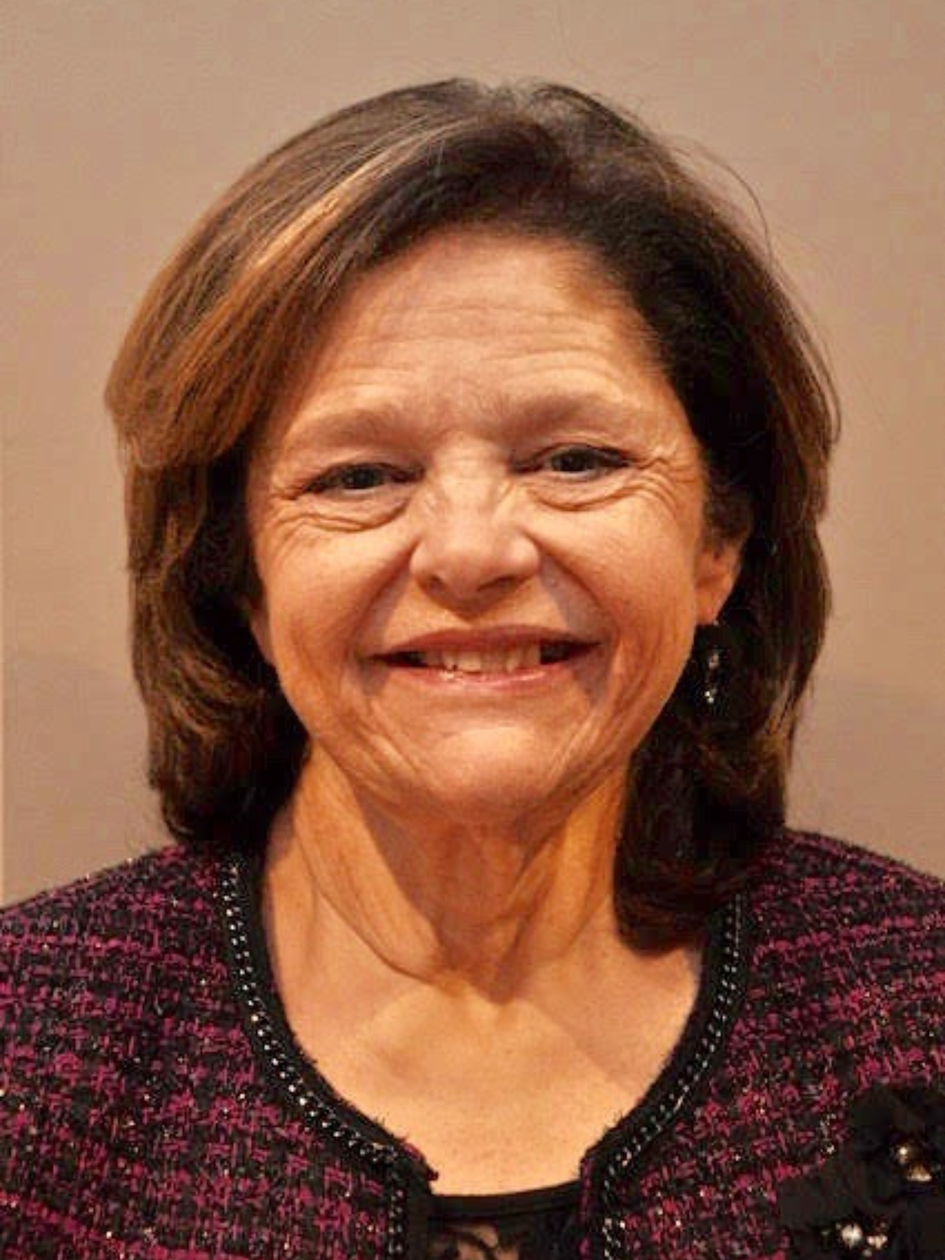 I have a long history of collaboration with the health care system subsequent to a rare disease diagnosis in childhood. For over 20 years now I have been bringing a patient or citizen perspective to provincial, pan-Canadian, and international advisory groups and committees on topics such as research ethics, rare disease policy and involvement in clinical trials. I am an enthusiastic, committed patient partner on several patient-oriented research projects, with a special interest in patient and citizen engagement in methodological research. As chair of Cochrane’s Consumer Network Executive and a member of the COMET Initiative’s People and Patient Participation, Involvement and Engagement (PoPPIE) Working Group, I have the opportunity to learn and collaborate with international organizations. I am the Chair of Ontario’s SPOR Support Unit’s Patient Partner Working Group and have served as a patient member on the Ontario Committee to Evaluate Drugs since 2014 and the Ontario Health Technology Assessment Committee for the past six years.

Mpho is an engineer passionate about healthcare technology and how it helps improve people’s lives. Her curiosity uprooted her from a rural village in Botswana to Canada where she graduated with a Master’s degree in Computer Engineering from the University of Manitoba. She volunteers her time with various organizations including Immigrant and Refugee Community Organization of Manitoba (IRCOM), George and Fay Yee Centre for Healthcare Innovation (CHI) and SPOR Primary and Integrated Healthcare Innovations Network (PIHCIN). 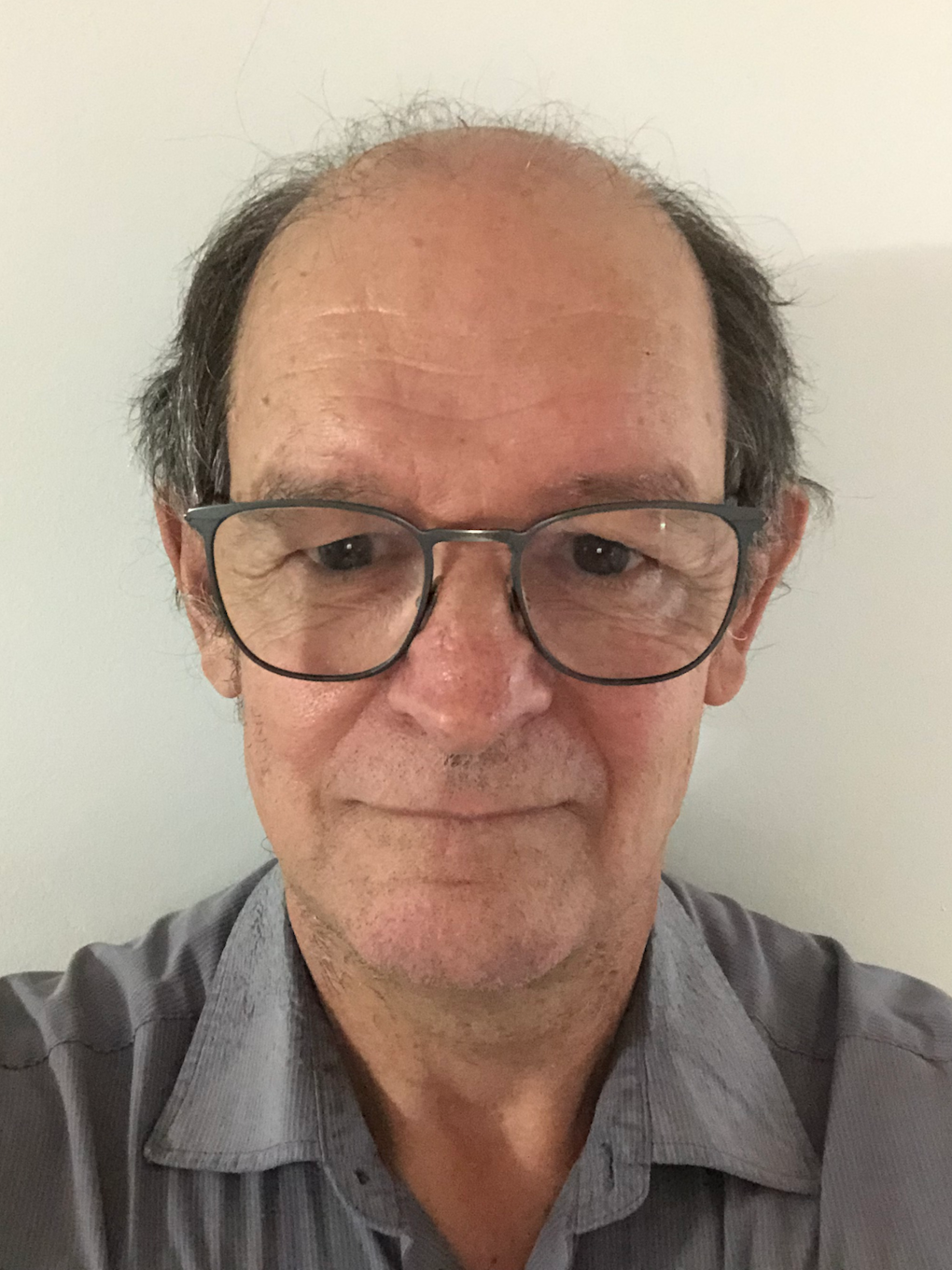 I have been a patient partner of the CIUSSS du Saguenay-Lac-St-Jean since 2019. I am a civil engineer specializing in the environment with a certificate in administration. I was a commissioner at the Bureau d’audience publique sur l’Environnement du Québec from 1995 to 2005. Since 2013, I have been working on the development of decision support software accessible on the internet (DCID). My areas of practice include environmental life cycle analyses, sustainable development, mediation and social acceptability, residual materials, maritime hydraulics, treatment drinking and waste water, and the production of artificial snow. 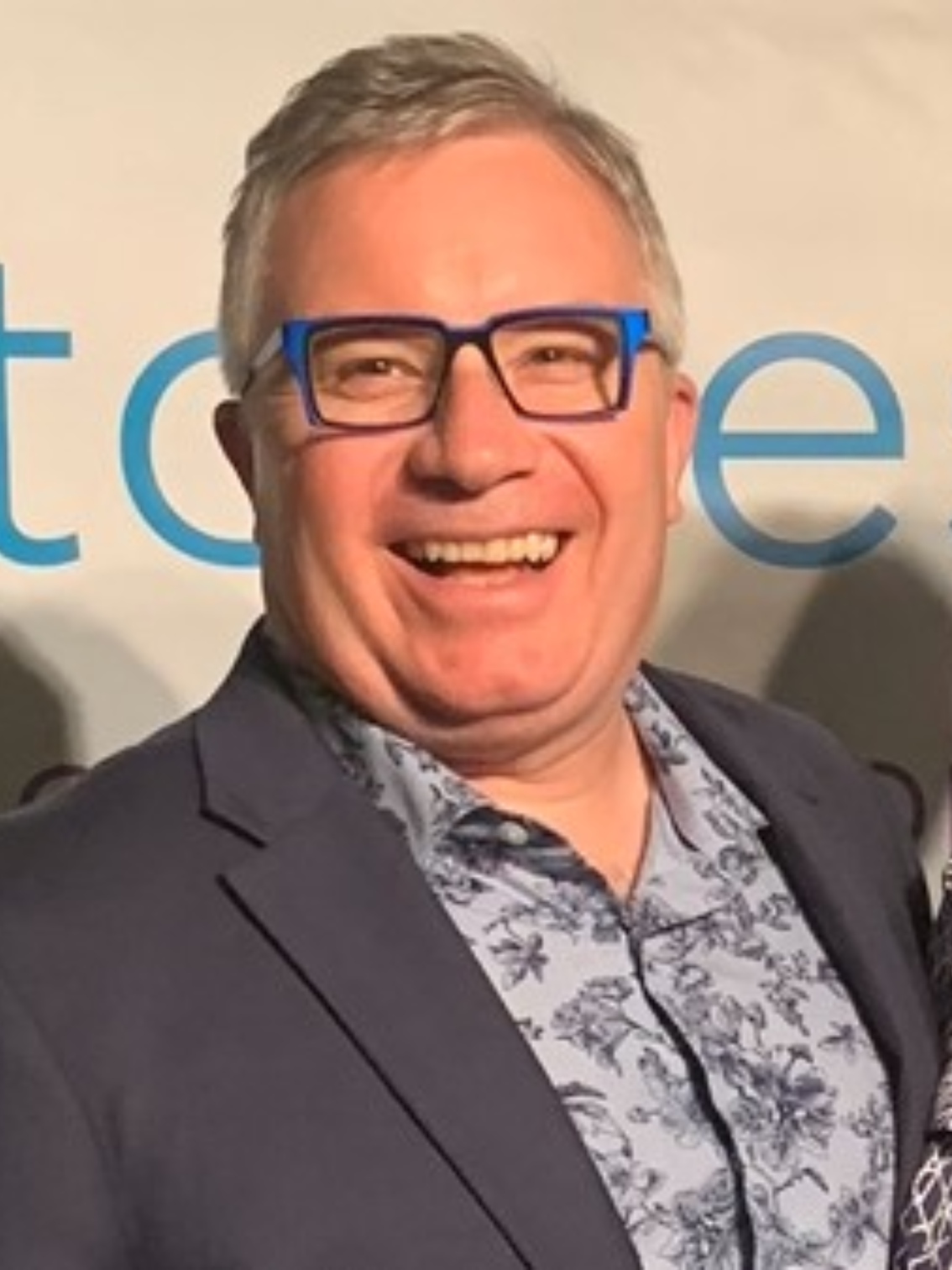 My endless curiosity combined with strong visual acuity led me to an exciting career in television news as a video journalist. I spent 20 years in television newsrooms across western Canada exploring what makes the world, and people, tick. When I switched gears and entered corporate communications, I brought my storytelling chops and natural news sense to share compelling stories of entrepreneurial and business successes. I grew up in rural Alberta, where farm life nurtured a strong sense of family, community and a commitment to hard work. My strong connection to and respect for Indigenous culture was instilled by my maternal grandmother, a woman whose childhood memories as a Ukrainian settler include the kind help and fellowship of the Cree people. I am married to Sharon, a registered nurse and together we have three grown children.