The Health Data Research Network's Board of Directors provides responsible and effective governance over the organization's activities and affairs.

Directors represent a variety of backgrounds, including clinicians, researchers, patients and decision-makers. They bring a diversity of views and perspectives informed by their unique experiences within the healthcare system, including by gender, by age and by region of residence, within rural and urban settings.

Directors are elected at the Annual General Meeting (AGM) and serve for a term of three years. The Interim Advisory Board was established in January 2019.

With great sadness, we note here the tragic accident and untimely death of the inaugural Chair of the HDRN Canada Board of Directors, Cathy Fooks. We were honoured to have Cathy’s contributions as Board Chair, and will always be thankful for her generous, wise, and insightful guidance. A public obituary is available here 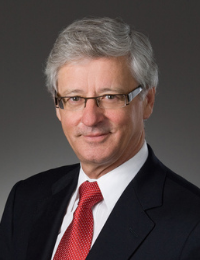 Chair of the Board

He was Chair of the Civilian Review and Complaints Commission for the RCMP from September 2017 to January 2019. Since retiring from CANARIE Inc. where he was President and C.E.O. from October of 2008 to February 2010, Mr. Bujold has provided strategic advice to private and public sector clients in the areas of policy, program development and uptake, and communications. 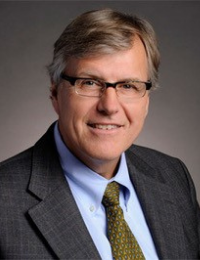 Vice-Chair of the Board

Robert Bell served as Ontario’s Deputy Minister of Health from 2014 to 2018. Prior to this role, he served as President and Chief Executive Officer of University Health Network for nine years. He was previously the Chief Operating Officer at Princess Margaret Hospital, the Chair of Cancer Care Ontario’s Clinical Council and the Cancer Quality Council of Ontario.

Dr. Bell received his Doctor of Medicine from McGill University, a Master of Science from the University of Toronto and achieved his Fellowship in Orthopaedic Surgery in 1983. He completed training in Orthopaedic Cancer Surgery at Massachusetts General Hospital and Harvard University in 1985, and the Advanced Management Program at Harvard Business School in 2005.

Today he provides advice to a number of private and public organizations and has published his first novel “Hip”. All proceeds from that novel benefit the Princess Margaret Cancer Foundation. 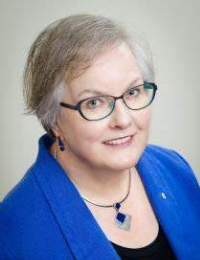 Secretary of the Board, Chair of Nominations Committee

Anne Martin-Matthews is the Associate Vice-President Health and a Professor of Sociology at the University of British Columbia. She served the Canadian Institutes of Health Research (CIHR) on a secondment as Acting Vice-President Research, Knowledge Translation and Ethics  (2017-2018). From 2004-2011, she was Scientific Director of CIHR’s Institute of Aging. There, she championed the Canadian Longitudinal Study of Aging, the Mobility in Aging strategic initiative, and established CIHR’s Summer Programme in Aging. Throughout her 40 year career, Anne’s research has focused on aging and old age, social care and health, and home care. She has been Editor-in-Chief of the Canadian Journal on Aging and President, Research Committee on Aging, International Sociological Association. At UBC she has held administrative roles as Associate Dean Research, and Dean pro tem in the Faculty of Arts.

Anne holds a PhD from McMaster University, and honourary degrees from Newcastle University (UK) and her alma mater, Memorial University of Newfoundland. She has received Killam and national awards for her excellence in student mentoring. Anne serves on the Board of Directors of AGEWELL: Canada’s Technology and Aging Network, and in advisory roles for Finland’s Centre of Excellence in Research on Ageing and Care, the Canadian Institute for Advanced Research, and the Canadian Medical Hall of Fame. In 2018 she was inducted as an Officer of the Order of Canada, in recognition of her research contributions in aging. 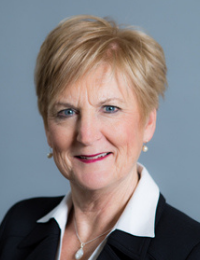 Treasurer of the Board, Chair of Finance Committee

Chris Power's journey in healthcare began at the bedside as a front-line nurse. Since then, she has grown into one of the preeminent healthcare executives in Canada. Her experiences, her success, and her values have led her to the position of CEO of the Canadian Patient Safety Institute.

Chris holds a Bachelor of Science in Nursing from Mount Saint Vincent University and a Masters in Health Services Administration from Dalhousie University. She is a Certified Health Executive with the Canadian College of Health Service Executives, and holds a Fellowship in Management for Executive Nurses from the Wharton School, University of Pennsylvania. In 2003, she received the Award for Excellence and Innovation from the Canadian College of Health Services Executives and in 2007 received an Award of Excellence from the Halifax Progress Club. She was named one of Canada’s Top 100 Most Powerful Women in the Public-Sector Category three years in a row from 2007-2009 and in 2010 was inducted into the Hall of Fame. She was named one of the Top 50 CEO’s in Atlantic Canada four times and in 2013 was inducted into the Top 50 CEOs Hall of Fame. In 2013 Chris received an honorary Doctorate in Civil Law from St. Mary’s University. 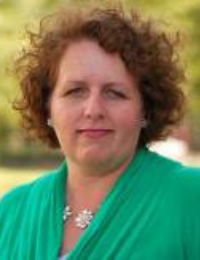 Christina Weise is the Interim Executive Director of the National Alliance for Provincial Health Research Organizations (NAPHRO). Before joining NAPHRO she was the Chief Executive Officer of Research Manitoba which promotes and provides support for research in health, natural and social sciences, engineering and humanities in Manitoba. Christina has a Master’s degree in public administration from the University of Manitoba. She is a public administrator with more than 20 years of experience developing and implementing public policy in the areas of research and innovation and in managing funds and programs to support research.

Prior to joining Research Manitoba, Christina was with the Manitoba Department of Innovation, Energy and Mines as Director, Research and Innovation Policy where she oversaw the administration of over $20 million to support research in Manitoba. Christina serves on numerous Boards including as Vice Chair of the Institute Advisory Board with the Institute of Health Services and Policy Research, and as members of the Dean’s External Advisory Committee for the Faculty of Science, University of Manitoba, of the Health in Common Board of Directors and of the Advisory Council for the Canadian Longitudinal Study on Aging. 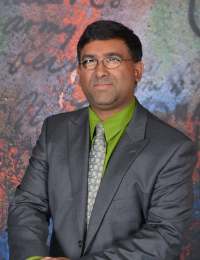 Dr. Mahadeo Sukhai is the world’s first congenitally blind biomedical research scientist. Mahadeo is Director of Research and Chief Inclusion and Accessibility Officer for the CNIB (Canadian National Institute for the Blind), having previously served as a researcher at the University Health Network in Toronto. Dr. Sukhai also holds an adjunct faculty appointment in the Department of Ophthalmology, School of Medicine, Queens University (Kingston, ON, Canada). In his role at CNIB, Mahadeo leads a significant research program focused on social determinants of health and inclusion for people living with sight loss in Canada. He also is responsible for organizational employee culture-building strategy related to inclusion, accessibility and employee wellness.

Dr. Sukhai is the Principal Investigator for and co-author of "Creating a Culture of Accessibility in the Sciences," a book based on his groundbreaking work on access to science within higher education, and serves as the principal investigator for national projects to understand the student experience for persons with disabilities, and to examine accessibility and inclusion within science education and healthcare. Dr. Sukhai co-founded IDEA-STEM, an organization dedicated to accessibility in science education, and NOVA, the international Network of researchers with Visual impairments and their Allies, a new professional society with the mission to improve accessibility and inclusion in the biomedical sciences for researchers with vision loss. 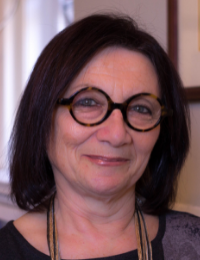 Rebecca Fuhrer is a Professor at McGill University in the Department of Epidemiology, Biostatistics and Occupational Health and served as Department Chair (2002-2012) and inaugural Director (2011-2016) of the MScPH Program. She was awarded the Canada Research Chair in Psychosocial Epidemiology in 2004, has held academic positions at University College London, INSERM (Paris), the Harvard School of Public Health (Boston), and worked at the French Ministry of Health. A member of CIHR’s Institute of Aging Scientific Advisory Board (2009-2013), Dr. Fuhrer chaired grant program panels at the Agence Nationale de la Recherche (France), and sat on grant and advisory committees of diverse research and government agencies, and at the European Union. She was elected a Fellow of the Canadian Academy of Health Sciences in 2012.

Dr. Fuhrer holds a PhD and MSc in Medical Information Science from the University of California, San Francisco and a bachelor’s degree in Psychology from the City University of New York (Brooklyn College), where she was recently honoured with the Distinguished Alumni Award. Her research centers on social determinants of mental disorders, cognitive aging, and the population level impact of mental health services; her experience includes participation in, and direction of, epidemiological cohort studies in France and the UK. Throughout her career, she has focused on the importance of the integrity of health and medical data collected and used for evidence-informed clinical and public health decision-making, and how state-of-the-art technologies can be harnessed to ensure optimal quality and improved access.